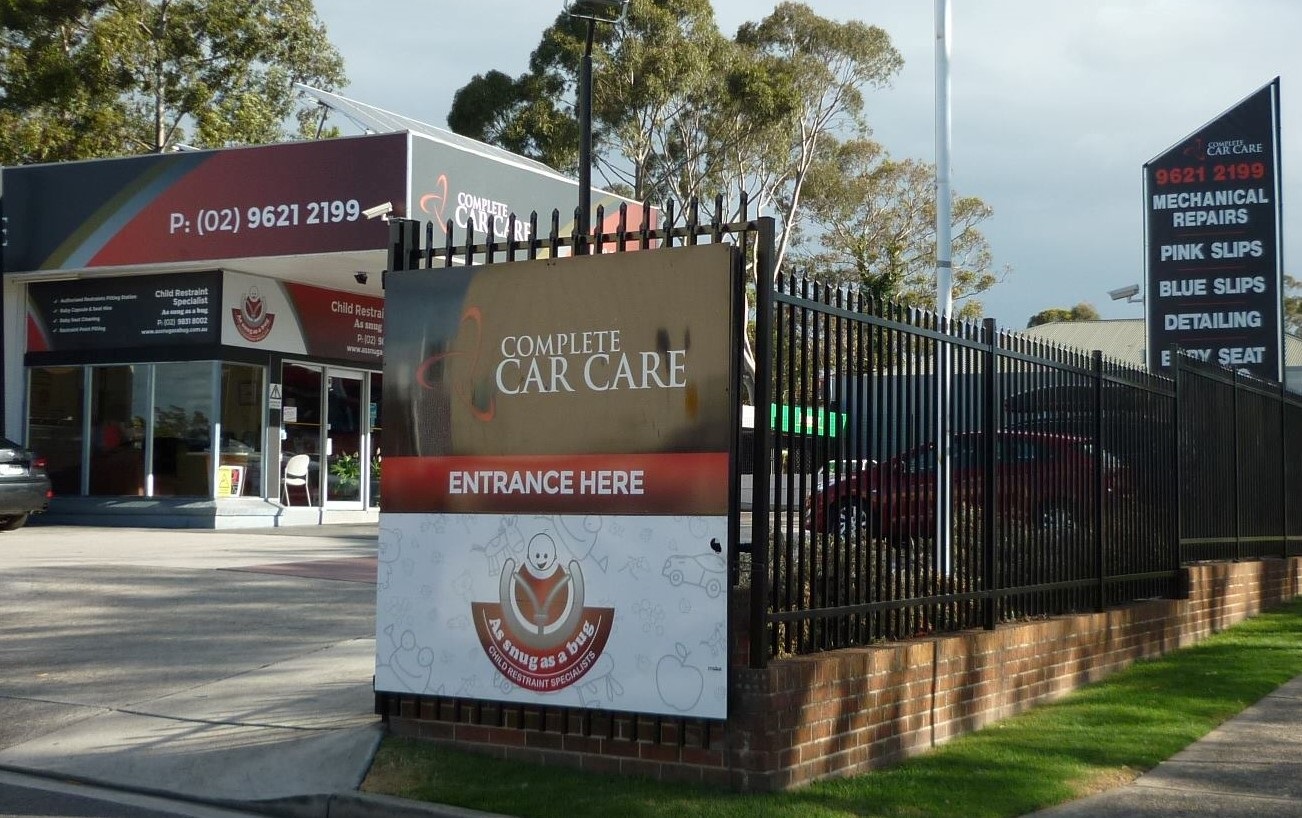 Your One Stop Car Care Shop

Additional Anchor Points
Complete Car Care in association with our sister company As Snug as A Bug are an accredited fitting station that carries the Tier 1 Qualification.

Defined as:
TIER 1 Fitting stations that offer a ‘Full Fitting Service’ being the simple installation and set up of child restraints and fitting of anchor bolts/fittings to the factory OEM child restraint anchorage points in the vehicle in addition to offering a modification service, having the ability to modify your vehicle and introduce restraint systems and anchorage points where there originally was not one fitted from the vehicle manufacturer.

We comply seats, seat belts and anchorages to the Australian Design Rules (ADR).

We fabricate the infrastructure required, whether it is brackets or mounts to facilitate the additional child anchorage point.

Location of Anchorage Points
Depending on when a car was manufactured will depend on whether it has and anchor fitting point. It is important to note that in the rear of a station wagon the luggage points are not confused for anchor points.

Which cars have anchorage points?
Anchorage points are required to be in vehicles in accordance with the AUSTALIAN DESIGN RULE 34 (ADR34)

It is important to note that not all vehicles come fitted with an anchorage point. Some vehicles will require modifications to accommodate anchor points, while in some situations it can be illegal to install an anchorage point so it is best to refer to the owner’s manual of the vehicle or contacting the manufacturer before purchasing.

Imported Vehicles
Imported vehicles require anchorage point to be established in most vehicles, prior to the vehicle being registered. Please see information on imported vehicles.

Dual Cabs
Some Dual Cabs do not have anchorage points. If required, it is possible to fit Anchorage Points to most Dual Cabs.